The setting, the loveliest little summer camp there ever was.

My job as a camp counselor involved making friendship bracelets and telling each one of my campers that they were beautiful and special in their own way. Which was 100% true. It was a total kumbaya and I was #thereforit.

Until one night when I forgot to sign up to lead an afternoon recreation event and things took a dark turn.

I remember it well, it was a Wednesday, and I was wearing pink.

Each evening the camp counselors had to sign up for which recreation event they wanted to be in charge of the next day after lunch. You could run the board games, or set up a game of kickball, or convince a bunch of 13-year-olds that staring at the clouds while relaxing under a tree for 2 hours was a glorious way to spend an afternoon.

But if you forgot to sign up for an event, then the recreation directors would sign you up for whatever they deemed you a good fit for. Usually, they would pick something pretty standard to make sure the kids had something fun to do. Other times they got power-hungry and assigned you something ridiculous just for laughs.

It was 11:30am when I realized my error from the previous night and I looked cautiously at the recreation list for the afternoon. I was not playing Clue, or holding an impromptu spelling bee, or playing four square. I was going to be spending the next 2 hours as a golden retriever for the adolescents’ entertainment.

There it was in black and white – Fetch with Becca, 2pm on Shea Field.

The Limit Does Not Exist

As the old saying goes though, when life hands you a bucket of lemon-colored tennis balls to chase after, you make lemon-colored sweat stains on your t-shirt as you sprint back and forth in the summer heat.

I refused to be a poor sport and engaged 10 kids in a spirited game of “Oh sweet Lord, I might die” for a solid half hour until their little arms got tired.

To this day I’m eating brownies that I claim to have sweat off the calories for in 2004. The limit of stretching this athletic achievement out over my lifetime, it does not exist.

Can I turn this summer I made fetch happen story into a career story? You betcha. Because I’m not a regular career coach, I’m a cool career coach.

So here we go.

How did I end up playing fetch that day in July? I didn’t make a choice. I let others choose for me.

We have the opportunity to make choices every single day in our careers. If a new opportunity presents itself, raise your hand. If you are given options of different projects to work on and there is one that sounds super interesting, voice your choice.

Otherwise, you might be playing fetch when you could be sitting under a lovely tree. Sometimes things are out of your control, but sometimes it is up to you.

Make the Most of It

Is fetch really a game for canines? Yes. But did an adult woman chasing after those tennis balls make a bunch of kids laugh that day? Totally.

Your current job may not be the job you wished you had signed up for, but make the most of it. Find some way to make it more interesting. For me, it was the prospect of eating brownies forever and not feeling bad about it. And giving the kids a memorable afternoon. For you it could be giving yourself a challenge to complete a project more efficiently or learn a new skill from a colleague. Play the hand you’re dealt, but play it with style.

Learn From Your Mistakes

We get really caught up in the idea that as adults of a certain age we should have it figured out by now. There’s no more time to make big mistakes, mistakes are for the youth!

But mistakes are for everyone because we learn more from our mistakes than our successes. Personally, I know I’ve learned more from typos, website redirection disasters, and rejection letters than I have from any laugh-cry emoji. Despite how much I love a good laugh-cry emoji.

Did I ever forget to sign up for a rec event again after the summer I made fetch happen?

And instead, did I come up with a funny rec event that required the kids to make fetch happen on their own (and have a blast doing it) the next summer? YUP. And you know where I was? Sitting very happily under a tree.

So wherever you are in your career development, learn from your mistakes. Maybe even love your mistakes a little, and they might just love you back.

Want more career coaching? Head over to What Does “Having It All” Mean To You?

Inside: Your favorite TV shows can tell you a lot about what you’re most interested in and where you should take your career. Tips from a career coach and TV enthusiast. Ah, the guilty pleasure TV show. We all have one! These shows are incredibly enjoyable to relax to, but it’s not often someone asks…

Have you ever looked at an activity and thought, “Wow, that sounds incredibly dangerous and ill-advised? Let’s do that.” 99 times out of 100 I cartoon style sprint away from anything that sounds like that because I’m a pretty big fan of being alive. But when we took a trip to South Africa several years…

Inside: What questions about company culture are really going to help you get the answers you need? Use this guide to find your culture match. “I want a company with a good culture.” I hear that A LOT in career coaching because the parents I work with are thinking about job fulfillment AND flexibility. But…

This post originally appeared on InspireMore. One of my feet is a full size bigger than the other one. Not just a smidge, not a half size. A full size. Right is a 10, left is an 11, and I predict that I won’t be really comfortable in footwear ever in my life. (Unless there… 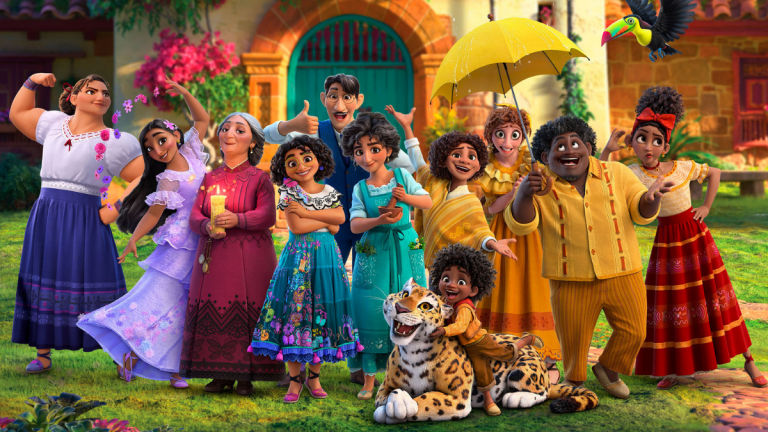