Inside: If you’re tired of setting New Year’s Resolutions you won’t keep, try setting a New Year Goal that has specific elements to hold you accountable. (Plus a walk down memory lane with Tuck Everlasting.)

But did you know that only 20% of people keep their New Year’s Resolutions? Not to be a glass 80% empty person, but yikes… So how do you feel about taking a different approach with a New Year Goal instead?

What’s the difference between a resolution and a goal? Let’s rewind time to the mid-90s and my pre Career Coach life. Specifically to a fifth-grade classroom, an exceptional teacher, and Tuck Everlasting.

What Tuck Everlasting Taught Me About Setting Goals

Mrs. Fitch was my fifth-grade teacher. She was well known as the toughest fifth-grade teacher, but honestly, I don’t know who we were all comparing her to. Moments earlier we had all been in elementary school and spent a good amount of time at recess or playing with each other’s hair in the library.

What we were probably reacting to was the rumor mill of older siblings, and the fact that we were graduating from gold stars to grades.

The school work we did would now come back to us with an alphabetical ranking of our academic prowess. It seemed so grown up, and frankly quite intimidating. If you had a teacher who didn’t mess around and had exceptionally high standards, well your little gold star loving heart might get crushed by a B. (Read: MY gold star loving heart.)

The first thing I remember hearing about Mrs. Fitch’s tough reputation was that she did not give out A+s. It just didn’t happen. No fifth-grade masterpiece would ever reach perfection in her eyes. Looking back now I know for sure that hearing that influenced the rest of my schooling years. Perhaps, at the risk of being melodramatic, the rest of my life.

I immediately took the “you can’t get an A+” statement as a personal challenge. A “oh you don’t tell me what I can and can’t achieve” challenge.

So with each Mrs. Fitch Language Arts project, I would sharpen my pencils, of the writing and coloring variety, to create something that would leave Mrs. Fitch awestruck. Much like the reaction Ralphie imagined his teacher would have about his “what I want for Christmas” theme. There would be gushing, perhaps a parade. But most importantly to me, an A+.

I kept missing the mark though. I got dangerously close and racked up a folder full of A-s and A regulars. My fifth-grade reading comprehension and analysis was good, but not A+ great.

Then we read Tuck Everlasting, and I fell in love. The characters in the story were mesmerizing to me and I soaked up the innocent romance, the magic, the danger, and the deep message of it all. I remember minute details of this book, like the color of Winnie’s fence, Mae Tuck’s eyes, and how I imagined the water trickling by the tree to sound and taste.jiol.;/

The biggest driver of my fascination with Tuck Everlasting was the idea of living forever.

At age 10 I had experienced very little death in my life. I was quite young when my Great Grandparents passed, and everyone else I knew and loved was alive and well. So when I first learned about death I was shook.

Someday I’ll die and then the world with continue without me? Forever?

It was devastating and I remember many nights looking out my bedroom window trying to wrap my mind around it all.

Reading about the Tuck family living forever sparked some hope. Maybe it didn’t need to be this way. Then later it gave me comfort. Maybe it was okay that it was this way. Honestly, it still helps when I get a little affected by the finality of it all to this day.

So with my deep love of this book in tow, when the time came to do a Tuck Everlasting project I was all in. My colored pencils and I were in flow well before I knew what “flow” was. I’m sure I didn’t write anything that was going to change the course of the world in that project, but it was good.

Mrs. Fitch handed me back my Tuck Everlasting project without a word. When I got to the last page and saw a small red A+ in grading ink, I ran back to her desk. Ever the polite kid, I said “Thank you for giving me an A+!” I’ll never forget how she responded.

“I didn’t give you anything, Rebecca. You earned your grade.”

I’ve lived a very privileged existence. I am grateful for it, and I’ll never deny that everything I’ve accomplished in my life has been part determination, and part opportunity. But I also can’t downplay the lesson I learned in that classroom.

No one is going to hand me what I want. If they do then it doesn’t mean the same as something I’ve truly earned. Something I’ve worked hard for, sacrificed for, and worn out my pencil sharpener for.

Is it weird that I think Tom Hanks’ character in “A League of Their Own” said it best? “If it wasn’t hard everyone would do it. The hard, that’s what makes it great.”

My New Year’s Wish For You – A SMART GOAL

As you make plans for the year ahead and imagine what your life might look like 365 days from now, think about Tuck Everlasting and Mrs. Fitch while setting a SMART New Year Goal instead of a resolution.

While a resolution may be something broad like “advance my career” a goal gets down to brass tacks. A goal is something you can make tangible progress towards each day, and if you drop the ball, you just pick it up again and keep moving towards earning that achievement.

Make that goal MEANINGFUL, because there’s something very Mrs. Fitch’s fifth grade class about working hard to go after what you truly want.

Make that goal ACHIEVABLE, because even though Mrs. Fitch “didn’t give out A+s” you could earn them.

Make that goal REALISTIC, because when you achieve a goal you set, you will have much more inspiration to follow through throughout your life.

Make that goal TIMEBOUND, because there’s something very Tuck about embracing the time you have and making the most of it.

So with some Tuck inspiration, I wish you a new year full of opportunity to achieve those goals.

But I also wish you a year, and a life, of going after hard things. Hard things that you deeply want, that light a fire in you.

It really doesn’t matter if that is becoming President, or getting tenure, or selling one of your paintings, or walking out of a meeting saying “I CRUSHED that.”

If it matters to you, and you’ve put your blood, sweat, and tears into it, then it’s worth it. That’s the stuff that makes up a truly lived life.

And the hard, that’s what makes it great.

How to Reverse Engineer Your Personal and Professional Goals

How to Achieve Your Goals by Picturing the Worst Case Scenario

Remove this One Word from Your Vocabulary in 2021

I Quit My Job, and You Can Too! 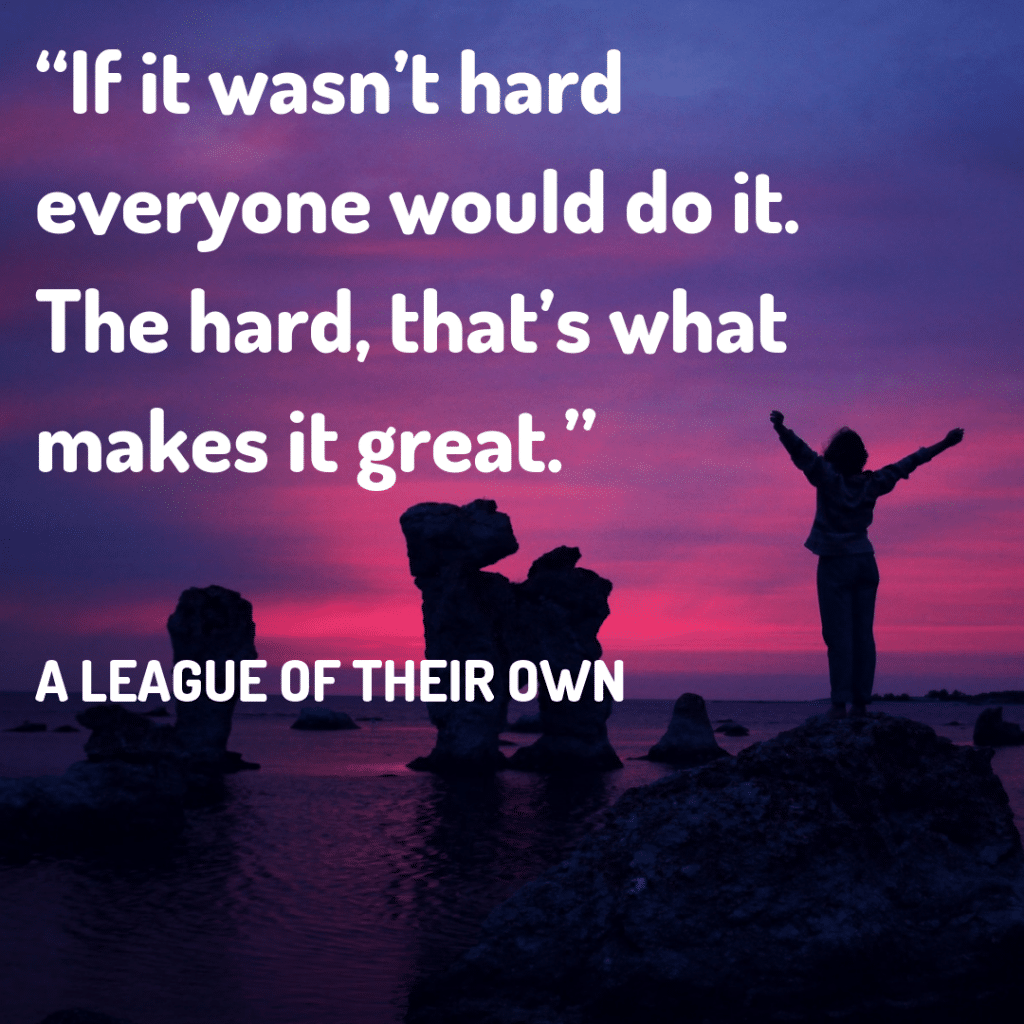 I run. 5ks. Exclusively. And infrequently. Like twice a year. It’s less a hobby and more a thing that happens to me. Much like Jonathan Taylor Thomas in the classic Christmas film, I’ll Be Home For Christmas. (Which unbelievably did not make the Very Merry Christmas Movie Bracket. If only I was in control of…

Happy February birthday to you! (And if you missed January’s birthday post, it’s right here!) Shared birthdays have always fascinated me. When reading a biography, I pause for a moment when the author mentions the subject’s birthday wondering if I know anyone else born on that day. I try to draw connections between the people and think…

I’m so excited to introduce you to Shannon Brescher Shea, science writer, author, and mom of two! We’ve met so many great entrepreneurs, humorists, and writers through the Career Sweet Spot Q&A series, and Shannon is a perfect addition to the lineup. If you’ve ever thought about writing a book, how to raise kind children,…