Inside: Most of this is an embarrassing story of failure until it’s not. Take the career lessons from this story and enjoy a good laugh at my expense.

As a proctor at PCC, one of my roles, beyond shaping and inspiring young minds to help them achieve their dreams (no big deal), was to assist with a class called Music and Movement.

The show the kids put on every year was incredible. It was always deep and meaningful, and mostly I didn’t get it because I was neither deep nor meaningful and my shtick was wearing a lot of pink.

All the World’s a Stage, and I Should Really Be In the Audience

I think the theme for that year’s show was loneliness, or maybe it was something about math? I still don’t know, but what remains very clear is that the four proctors for the class were always the intro to the show and we had to be on stage doing something interesting to welcome in the audience. This year, the four of us were wearing dark shirts and sunglasses and standing or sitting perfectly still while the audience walked in.

I could have chosen to sit like a normal person, but I was feeling artsy and sat with one knee up and the other leg tucked under. (I was going to pull my weight in this show, dammit.) So there we were, being artsy, and the audience started coming in. So…slowly… So painfully slowly that I realized after about 25 minutes that my bottom leg was starting to tingle. The tingle of impending doom. My stupid leg was falling asleep but rules were rules and I was not supposed to move.

(Internal monologue: Becca, you’ve done nothing useful this whole 6 weeks. You have one job. For the love of all things holy, do not mess up the beginning of this show. Suck it up.)

As I sat there, impending doom became real doom over the next 20 minutes. My leg fell fully asleep. Hip to toe, totally numb.

It hurt so badly that I started to cry under my (very fortunately) dark sunglasses. There was a big mat in the pit in front of the stage that later in the show a kid was going to dive into it dramatically. I considered tucking and rolling into the pit, but that would also ruin the show. There was no way out and everything was terrible.

Finally the music stopped, signally for us to get up and leave the stage, stage left. I desperately tried to let my coworkers know that I couldn’t move but apparently panic makes me mute. (Not a good sign for future moments of panic in my life. Turns out I’m neither flight nor fight. I’m “do nothing.”)

The Show Must Go On

My three coworkers got up and walked off stage, still looking artsy and cool. I on the other hand, managed to pull myself up using the chair to my left looking like an injured deer.

I tried putting numb leg in front of functioning leg and my body crumpled to the ground like a rag doll. Through all of the strength in my being, I was able to push back up and get functioning leg to propel me forward a few feet before numb leg once again let me down, immune to both positive self talk and lambasting. This staggering display of athleticism continued for the next 3.5 years as I tried to get myself 25 feet off the stage.

Did I mention we were in an auditorium? 500 kids, 50 proctors, all of the performers’ family and friends, and the Queen. As I recall the Queen of England was there.

It’s a toss-up for what I think is the best part of this story:

Behind us was an outrageously expensive curtain. You could see shadows through it for artistic effect and it was also made of spun platinum I think. If I mangled this magic curtain I would have to sell my kidneys on the black market to pay for it.

So that’s the other thought going through my brain as I stumbled gracelessly across the stage – touch that curtain and not only will the director of this show throw you into his trunk and drive you to the desert, you will also lose your kidneys. There was a lot of pressure.

2) Turns Out I’m an Artistic Genius

At least half the audience THOUGHT IT WAS PART OF THE SHOW!

Forget what I said before, that is the best part of this story.

Because every year the show was always deep and meaningful, it made perfect sense for me to be staggering off the stage looking lonely, afraid, injured, and confused. (Maybe the show was about fear? God, I really still don’t know…)

In any case, unbeknownst to me as I took my last flying leap off the stage into the wings (yes, I summoned up everything I had and just leaped when I got to the last 5 feet) hardly anyone was remotely concerned. I just gave the performance of a lifetime and set up our show for greatness. Totally nailed it.

Can we squeak some career lessons out of this story? Oh, absolutely.

I was not an actor, I shouldn’t have done an actory thing like sit weird for artistic purposes. If you are not a math whiz and a major project that your company depends on requires math wizardry, delegate that out if you can. It’s great to learn new skills, important even. But when you’re up on the stage, in that moment it’s best to play to your strengths.

Let’s say you are a small business owner and you come across a roadblock. Keep moving, one fumbling step in front of the other. It might not be pretty, and you’re going to make more mistakes as you go. But if you stop moving altogether, your business is going to be sitting there in the middle of a stage holding up the rest of the show.

Keep pushing through the roadblock, it might end up being your crowning moment.

Inside: Funny mom memes to give you the boost you need because mommin ain’t easy! What the world needs now is love, clearly. But it could also use more funny mom memes, which is kind of the same thing as love! Mom humor-filled laugh out loud totally relatable mom meme love! Meme Me Up Funny…

I love my Roomba. It’s an important member of this family and the only one that consistently picks stuff up off the floor. But one day my Roomba tried to murder me, and now things are weird. Setting the Scene I work from home twice a week and usually drop the kids off at school… 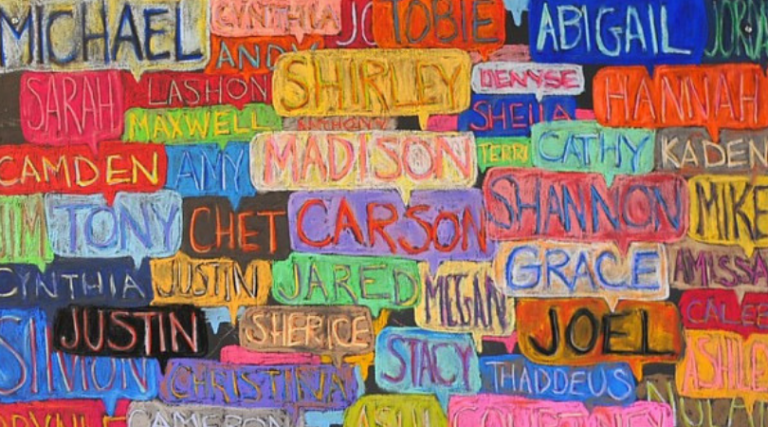 As we all know, Easter is traditionally a holiday centered around full-contact no-holds-barred athletic competition. (Wait, no? Really? That’s not a generally accepted way to celebrate the mystery of our faith? Weird.) Get Your Head in the Game Growing up, my family was never one to break tradition. So we embraced both the family togetherness…

Inside: Resumes for stay at home moms can feel tricky at first, but break it down with the resume template, resume sections, and communication strategies and you’ll be ready to go land your next dream job. Stay at home moms, you don’t need me to tell you this, but you are some of the hardest-working…